By helping you and your pet through life's challenges, River Oak Veterinary Hospital is committed to promoting responsible pet ownership, preventative health care and quality health care for our clients. Our team strives to offer excellence in veterinary medical and surgical care to our patients and clients.

Please take a moment to contact us to learn more about our veterinary practice, and to find out more information about how River Oak Veterinary Hospital can address the individual needs of your pet. 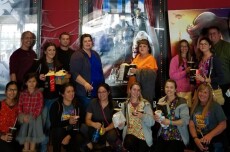